With the wide world of development resources at your fingertips on Google, retraining your brain to understand concepts in web development can be a challenge. Here are some lessons learned from one of our React.js/Rails interns.

When working on multiple projects in different languages and frameworks, it can be hard to orient yourself into each problem. Here are some tips to make these transitions easier.

How to Find Engineers to Interview for Your Technical Podcast

Seven strategies for finding engineers to interview for your technical podcast in the software and development space.

Here’s everything you need to know about Rails’ latest update.

Guy Maliar read through all of the Rails Changelogs to analyze the new features coming to version 6.0. His summary is full of in-depth analysis on what these changes will mean for Rails developers.

If you’re more of a video learner, Drifting Ruby put together a helpful tutorial clip that highlights the notable features new in Rails 6. You’ll get an overview of all of the new changes in ~11 minutes.

Bogdan’s blog is a wealth of knowledge when it comes to all things Rails. This article from October is another great summary of the major changes coming to the framework with the newest version. He included a giant collection of links at the bottom of this post that detail specific changes.

Back in October, DHH announced Action Text for Rails 6, “an integration between the Trix editor, Active Storage-backed file and image processing,” tied together with a text-processing flow. Here are a few tutorials and summaries from around the web on ActionText.

A Quick Look at Action Text for Rails 6.0

Arum Mathew Kurian breaks down Action Text by demonstrating it in a small Rails application. You can see the rich text editor in action.

Dave at Drifting Ruby put together a video on using Action Text on a Rails 5.2 application while we wait for the official release of the feature in Rails 6.

For further research on Action Text specifically, you can read the Rails Guides Action Text Overview or watch the demonstration in action from DHH himself.

Adrien Poly also put together a tutorial to demonstrate how to create the same example that DHH shows in the announcement video.

This is one of the more controversial changes that you’ll find in Rails 6. For many developers, the action text addition isn’t necessary in Rails core by default. You’ll find a lot of opinions that this qualifies as bloat for the framework, and should be an opt-in instead of an opt-out. One of our Rails developers wrote about the drawbacks of this feature on legacy applications using file upload methods outside of ActiveStorage (like Carrierwave).

This framework was, like many other major pieces of Rails 6, extracted from Basecamp 3. While beta versions often sound like risky business, it’s encouraging to hear that this code has been in use by Basecamp's large userbase for a few months now. Here’s the full Action Mailbox Basics guide from RailsGuides.

There are many small updates beyond the headline-making features of Action Text, Action Mailbox, etc. We could curate a list of them here, but Alexandre Ferraille from Drivy’s Engineering team has already done a stellar job of putting that together. Here are his observations of a dozen-plus changes that are found in the newest version of Rails.

For some thorough and not-so-light reading, you can check out the the complete 6.0.0beta1 changelog to view everything that’s changed in version 6.0 of your favorite framework.

What are you most excited about in Rails 6? Are you taking part in the Rails 6 beta? Or, have you written about Rails 6 and think we should include your takeaways in this post? Leave a comment below and let us know!

Recurly is a subscription management company whose core business software runs on Rails. Here are some thoughts from their VP of Engineering on how their team works with Rails.

Where Are They Now? Catching up with Former Planet Argon Interns

We checked in with some of our Ruby on Rails and Frontend Development Interns from the last few years. See what they're up to now, and hear their advice for others new to the tech industry!

How to Switch 3rd Party Development Teams Without Going Insane

How to hand off an existing Ruby on Rails app to a new 3rd party team of developers without losing your mind in the process.

Robby Interviewed on The Managers Club

Robby Russell was interviewed on The Managers Club by Vidal Graupera. He discusses his management style, how he structures his workday as a manager, and advice he would give his younger self. 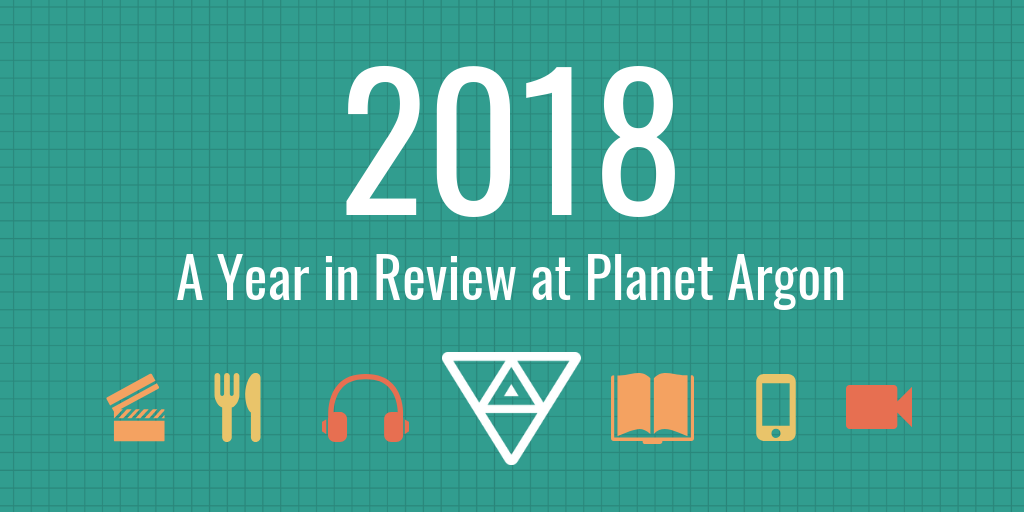 Let's reflect on the things we loved in 2018, together. Here's our annual Year in Review.

What to Consider When Hiring an Offshore Rails Dev Team

Offshore web dev teams are a viable option for low-cost development. But if you're thinking of partnering with one, there are some considerations you should weigh first.