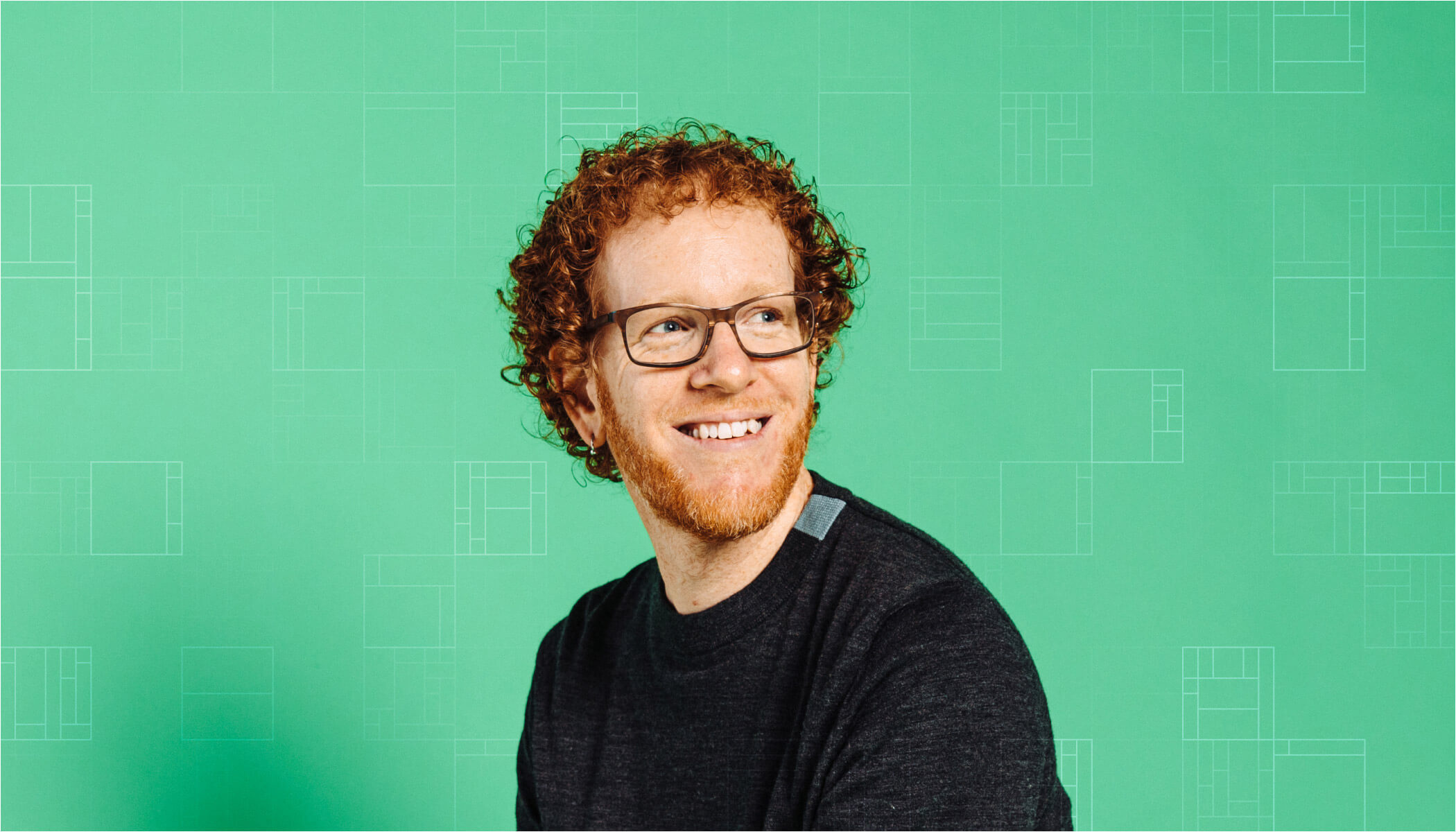 Have You Filled a Developer Bucket Today?

freeCodeCamp: Have You Filled a Developer Bucket Today?

We recently had a roundtable discussion in a company meeting about our developers writing content for our blog and outside sites. It's something we all agreed we want to do more of, but for a variety of reasons, hadn't been able to do as much as we'd like. There were certain reasons I expected – time, for example. It's been a busy summer for Planet Argon! But one reason surprised me: fear.

There's an inherent vulnerability that comes with documenting your thoughts and putting them out into the wild on the internet. In an era of relative anonymity, it's easy to tear down someone's viewpoint that you don't agree with.

Since this was a recent topic we had discussed, I enjoyed reading Flavio Copes' article for freeCodeCamp about "filling a developer bucket". What does that mean? It means contributing something positive to the community that expresses gratitude or makes someone feel good. The idea is that we all start out the day with an empty bucket. When we wrap up for the day, we want that bucket to be filled – with satisfaction that we've done meaningful work.

There are a million ways to add a drop in someone else's bucket. Internally on our team, we've made an effort to make gratitude a part of our culture. There are always ways to improve this, and making an effort to do this for people outside of our team is definitely something we could always do better.

Check out Flavio's article above for a bit of inspiration on filling someone else's bucket. As he mentions, "It's always harder to fill a bucket than to empty it," but the end result of a little bit of effort is always worth it.

It's been a busy couple of months for Robby on the podcast front. This week, he talks with Chad Pytel, the CEO of Thoughtbot and host of Giant Robots Smashing Into Other Giant Robots podcast. Thoughtbot is in the same realm of Planet Argon as a development consultancy – but as you'll find out during the interview, we're quite different than we seem on the surface. In this episode, Robby also discusses how his role has shifted within Planet Argon over the last 14 years, what has changed (and not changed) over 10 years of Rails survey results, and how Rails fits into the ever-shifting ecosystem of web development frameworks.

How In Demand are Ruby on Rails Developers in 2018?

Demand for Ruby on Rails is Still Huge

You’ve read it. I’ve read it. We’ve all read it somewhere. On a good day, Rails is a dying language, and on a bad day it’s already dead. But is that really the case? And what's that statement even based on? This article details an interesting bit of research done by Yoel Blum on the demand for Ruby on Rails developers. And if you think Rails developers aren’t in demand, you might be surprised by the findings.

He had previously written about the decline in popularity of Rails, and mentioned Laravel, Django, and Express.JS as comparably popular frameworks. This previous piece was based on StackOverflow questions asked over time – which is not necessarily the best measure of a framework’s popularity.

Yoel researched the number of job openings posted on LinkedIn for various frameworks. Job postings are a seemingly fair measurement of demand for a certain skill set. So how in demand were Ruby on Rails developers?

In the United States, Rails was the second most mentioned framework in job descriptions behind .NET, with 8,710 mentions (For comparison, Asp.NET has 12,203). When you narrow the search down to Silicon Valley, Rails actually comes in ahead of both .NET and Django with over 1,000 job postings at the time of article publication.

Is this data 100% bulletproof in showing the popularity of Rails? Not exactly. One thing I’ve noticed while looking at developer job descriptions is that often more than one framework is mentioned, written like this: Web application development experience in Ruby on Rails or other modern MVC framework (Spring, Backbone.js, etc...). This means there may be some overlap in the data that would take some more digging to uncover.

But these numbers are certainly a promising look at the current state of Ruby on Rails in the broader ecosystem of application development. And it’s a helpful response to the next person that asks you why you’re still using Ruby on Rails. :)

For the rest of Yoel's data findings and conclusions, you can read the full article on Medium.

Listen to The freeCodeCamp Podcast: d'Oh My Zsh

Robby tells the story of how he accidentally created Oh My Zsh for the freeCodeCamp podcast. In it, he talks about how Oh My Zsh originated in 2009 after learning the wonders of zsh and collaborating with other developers on different .zshrc configurations. So after numerous attempts at talking his peers into moving to Zsh, he packaged up his .zshrc configuration into a collection of smaller files and added them to Github. The rest is history. The episode even features its very own "Mean Tweets" edition ~11 minutes in.

Not the listening type? You can read the original article here.

Listen to Planet Argon on the Ruby on Rails Podcast

They discussed some of the surprising and interesting findings from this year’s survey – including how many people in the community find devise and ActiveRecord frustrating.

What else was surprising? The stats uncovered on continuous integration. For Kyle, it was surprising how many Rails developers aren’t using any continuous integration tools at all. We’ve primarily used Solano at Planet Argon (along with Bitbucket Pipelines) but we’re in the minority. The stats we found made us wonder if we should consider other tools that the community is using.

And that’s one great thing about the public results of the Rails survey. You’re able to see what your peers are doing and using and re-evaluate if you haven’t considered your options in a while.

We won’t spoil some of the other discussion points, but click here to check out the full podcast. We hope you enjoy the conversation!

Free eBook: GDPR + Ruby on Rails: What You Need to Know

New European Union business regulations are rolling out on May 25th of this year – the General Data Protection Regulation or GDPR. These new regulations bring existing legislation related to online data storage and consumer privacy up to date with current online practices. Companies who operate in the EU or handle European customer data, regardless of what country they're based in, will need to follow these new regulations to avoid hefty fines.

But as with any major legislation change, it can be confusing to figure out what you need to change in your application at a technical level, along with any organizational or documentation changes you may need to make within your company. To help point you in the right direction, we put together a short eBook that explains some important facts about GDPR, some technical aspects to examine within your application if it is built with Ruby on Rails, and helpful resources for further research about GDPR.

To download the free eBook, simply fill out the short form below.

GDPR + Ruby on Rails: What You Need to Know

Robby Was Interviewed On a Podcast: Indiedotes

Listen to Robby's Interview on Indiedotes

Indiedotes is a podcast created by Suzan Bond, where entrepreneurs and creators (typically in the software industry) are interviewed about their purpose and pursuits. Suzan reached out to Robby earlier this year wanting to learn more about his work with Oh My Zsh. In this interview, they talk about how Oh My Zsh was created, experiments with marketing an open source tool, and how Planet Argon began. Click the link above to listen to the full episode.

12 Principles for UX and Motion

Creating Usability with Motion: The UX in Motion Manifesto

If you're anything like me, you've spent several hours of your life scrolling through Medium articles. From think pieces to bold proclamations, to tear downs of other Medium articles, the network is home to some amazing (and not so amazing) content. But every once in a while you come across a piece so well-composed, engaging, and informative that you have to share it and get others opinions on it as well. For me this month, that was this article from Issara Willenskomer on motion-based UX design.

In it, Willenskomer breaks down how motion supports usability, then dives into 12 individual principles, like transformation (a circle evolving into a square, for example), and overlay (a foreground object sliding over a background object) to name a few. Each principle has detailed descriptions, along with gifs to demonstrate the motion on a website or app.

If you're a designer, you might not agree with all of the principles described in this piece. But odds are, you'll find a bit of inspiration and may want to bookmark this one for later. The next time you're thinking on movement for a new design, try giving this another read through.

What are your thoughts on the 12 motion principles described above? Leave a comment and let us know!