After an OS X upgrade from 10.8 to 10.9, I noticed some previously-passing Capybara specs were failing. The failing specs all shared a similar structure:

Notice nth-child pseudo-selector; this seemed likely to be involved as other specs using have_selector with plain class selectors continued to pass.

I applied a number of patches that folks seem to be performing on their new 10.9 installs (installed XCode 5.0.1 and then dev tools via xcode-select --install, running brew updates, etc) and nothing changed. What led me to a solution was this Nokogiri Github issue from the Mountain Lion release:

I ran one of my failing specs with the DYLD_PRINT_LIBRARIES=1 flag mentioned in this issue:

As the issue suggests, I added a reference to Nokogiri directly below Rails in my Gemfile (it did not have an explicit reference in the Gemfile before this). After that, I see this load order:

With the libxml dylib loaded first from the bundled Nokogiri, my specs pass again.

Last week Neil ventured to Boston for the inaugural Wicked Good Ruby Conf, an event drawing technologists from many disciplines who share a common trait: it was for those who love Ruby and use it to get work done. The two-day, two-track event provided a rich array of talks, from the pragmatic and studied, to the irreverent, theoretical and forward-looking. It speaks to the ambition of the conference that within its span, one could learn how to fine-tune a Rails backend, learn the innards of a linotype machine, use one language to bridge the chasm between desktop and mobile, predict capital market behaviors, and see how JRuby might come to eat the world. Here are his favorite three.

I’ve been scouring the internet to find some folks in our fair city of Portland, OR who are willing to talk about their developer experience.

Ken lives here with us in Portland and was happy to answer my questions. I was hoping to learn a little more about Javascript developers and how developer interns like me could find our way into the industry. 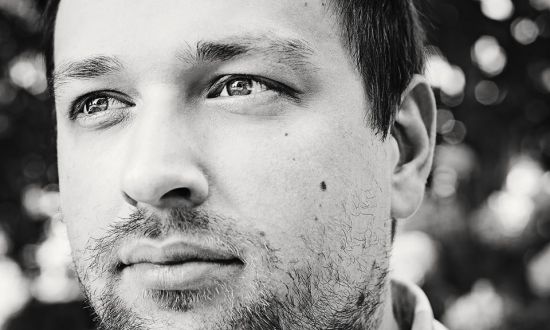 Get Your Photo on Google Results with Google Authorship

I know you have seen it. You are searching for a hack to make IE behave itself and you come across search results with someone’s smiling mug right there next to the link. If you are like me, you are more likely to click these results instead of the boring, all-text results. Something about seeing the author’s face right next to their link inspires an added air of credibility and expertise. Pretty good deal for those people.

So, now you are thinking, how can I get my photo up on my Google search results? Well, let me explain.

Ruby on Rails is Zen!

Learn why Ruby on Rails is the right choice for you! Here's a simple technical overview of Ruby on Rails characteristics, advantages, purposes, and other!

GitHub just announced the release of their GitHub Pages Gem, a simple tool that makes it a cinch to mirror the GitHub Pages server environment locally. A quick install of the Ruby Gem will download the Jekyll gem, all its dependencies, and anything else that GitHub Pages uses to customize its Jekyll environment.

Exploring Tools of the Front-End Developer

In the past month and a half of interning here I’ve made the role switch from Designer to Front End Developer. It’s been a really fun and rewarding process. I wanted to go over some of the new tools I’ve been learning about that have really changed my life for the better.

RailsConf 2013 was held in our hometown of Portland, Oregon. Most of us had been to RailsConf at least once before, though it had been a few years. The Rails ecosystem has really matured since then, and maintainability and APIs dominated many of the talks instead of social networks and new toolkits. There were many good talks and speakers, but a few truly exceptional ones that we really enjoyed. So we each selected our favorites and suggest anyone that couldn’t go this year should check these out online at Confreaks They should be posted shortly. I snuck in and took a few photos…

Can I Use the first-child pseudo-element in IE8?

Here is a little knowledge nugget that Jack and I picked up during our time at An Event Apart: Seattle (more on that to come). We learned about this handy little site called caniuse.com that was created by Alexis Deveria. The site lets you look up HTML5, CSS, JS API, SVG, etc. elements to see what their support is across browsers. Then you can assess.. Can I use that?

We are freshly back from the conference and I have already started using and benefiting from it. Give it a look and find out what you can use. (Turns out you can use the first-child pseudo-element in IE8!)